In October last year at LFF, I saw Warwick Thornton’s Sweet Country and was completely blown away. Stunning cinematography comes together with a story full of truth and heartache to create one of this year’s finest films. I found the work deeply moving as it engages with the complex and painful history of Australia. With the help of video essayist Jonathan Bygraves, who edited this for me, I created my first ever video essay, which you can watch on my new Vimeo channel, here: https://vimeo.com/259302371

Filmed in the MacDonall Ranges in central Australia, Sweet Country is based on a true story. Fiction and history intersect in this stark and painfully honest depiction of a country in conflict.

The story is of Sam Kelly (Hamilton Morris) and his wife Lizzie (Natassia Gorey Furber). Though they weren’t exactly free before his arrival, things get decidedly worse when war vet and violent alcoholic Harry March (Ewen Leslie) comes to town.

Cinematographer and writer/director Warwick Thornton (Samson & Delilah, 2009), brings an untold story from Australian history to the fore, highlighting the need to revisit what is known in Australia as The History Wars. 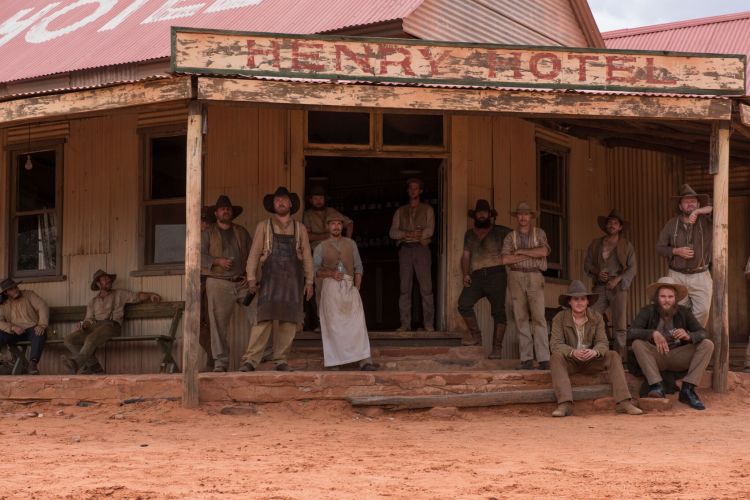 A battle for who gets to tell a story raged in the 1980s, 1990s and into the early 2000s, until it was hushed by politicians and the media grew tired of the topic. With a movie camera as his weapon of choice, Thornton takes aim at the heart of this issue and explodes it onto the screen with great power and poise. Sweet Country is a righteous retelling of 1920s Australia, with potent nods to the American Western, marking a new page in the country’s (film) history books. The History Wars, Thornton is saying, may not be front page news anymore, but they are far from over.

Furthermore, Thornton uses one of the most famous entries into Australian film history to make his point. Contrasting one Kelly with another, he uses footage from the first feature film ever made, The Story of the Kelly Gang (1906). The white chorus in the film sit outside, under the stars and in front of a pub to look and laugh at its moving images. The scene is a literal and figurative lesson in how white Australia has projected its own mythology onto the cinema screen and into the history books. Today, much of the actual film remains missing, and some of it has physically decayed over time; a fitting metaphor for the surviving accounts of Australian history itself.

Sweet Country, then, is a fictional film that proudly wears its truth on its sleeve, just as it puts its Indigenous characters front and centre. Sam and Lizzie Kelly may have the weight of history against them, but Thornton makes damn sure they have the audience on their side. It may be fiction, but the peoples and the cultures that Sam and Lizzie come to represent cannot be erased from our collective memory anymore: they are the very heart of this film.